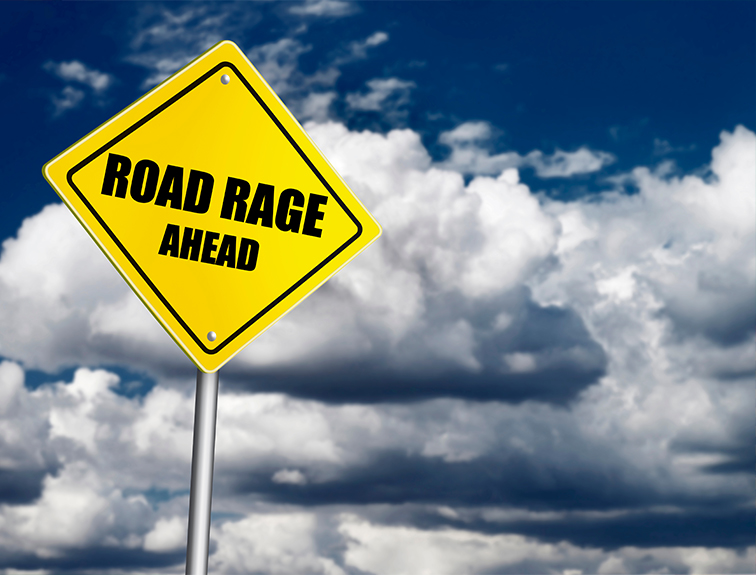 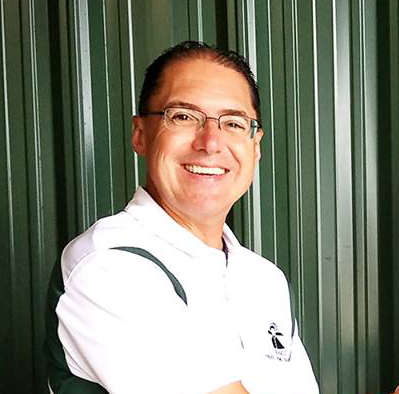 Our very own Vice President of Trainco Truck Driving School, Mike Moscinski, weighs in on the topic of ROAD RAGE on episode 13 of Big Rig Banter,  hosted by Troy Diffendorfer and Connor Smith of AllTruckJobs.com.

So, what is one of the biggest aggravators that you see on the road, particularly for truckers?

“… I narrowed down to the top three; number one being is that a lot of times, a lot of people will cut a truck driver off. Sometimes they do it unintentionally; they’re unaware that they’re cutting the driver off, but in their hurry to get around a big truck and to get to their exit, they oftentimes will pass us and then cut right back in front of us to get off at the next exit or to get around us just so they can see better, only to come to a red light and jam on the brakes. And so, when we get cut off, our big response is that we have to slow down as well, and sometimes can’t stop because we are much larger and heavier, and I think that being cut off is one of our bigger agitators. Our second one is probably when automobile drivers hang out in our blind spots where they’re difficult for us to see and keep track of, and they want to continue to ride in that blind area. And our third one is what some people would call like a “soft merge” or an “indecisive merge.” A lot of people come onto the freeway and there are a little bit indecisive, and sometimes a truck driver cannot move to the left to give them more room to get on, and they’ll be kind of indecisive about whether or not they’re going to come in and merge with traffic and then get the speed all slowed down and then jam it all up that way…”

Mike also gives some tips to our truck driver friends.

How should truckers respond to this aggressive driving and I’m talking about when other drivers on the road are driving erratically and cutting people off like you’ve described.

“… Our human nature wants to get really mad and frustrated and upset and blow on the horn. That is not the reaction that we as professionals should be doing. We need to be very passive about that. We need to be aware that cars are doing this all the time, and we need to expect that. So, the answer is not to lay on the air horn and scare the heck out of them and just agitate them, which just escalates the situation. The answer really is to just be aware that these things are going to be happening, to anticipate them, and to expect them, and then just simply go on about your way and don’t get worked up about it. So, we like to say be passive, the best you can do is wave, and that’s with all five fingers not just one, and then also promote. Truck drivers have a voice, and they have families, they have friends, and when they’re out there talking to them, they need to educate them in a calm way as well. You know, let them know what the concerns are and what the problems are, but not out of the corner of anger and frustration, but out of the corner of teaching. I think if we do that those things will help us.”

Speaking about teaching, how is a road rage and aggressive driving included in Trainco’s curriculum?

“We do forty hours of classroom curriculum that covers a wide range of topics, and road rage is one of them. We spend probably thirty to forty five minutes on that topic, and we talk about…being anticipatory of what’s going to happen out there…if you know that it’s going to happen or you guys expect that it’s going to happen, it takes away a lot of that frustration. Then we talk about things to handle the road rage. Number one, think about putting yourself in their shoes. That maybe, possibly they’re in a hurry, or that possibly they’re on their way to see a sick relative that’s maybe been in a tragic accident, who knows what? So you need to walk your way through some of those things mentally before you just get out there and start waving your fists and, you know, cussing them out and doing other things that may be escalating a bad situation.”

I’m sure you’ve seen on the news some of the worst-case scenarios of road rage, but do you think some of the punishments are too strict or too loose for a road rage incident?

That’s a very tough call there, as to what is the right, proper punishment. I think each situation is a different situation. I think we as average Americans, we hear only the ones that make the news, that have hit the market or the media in a big way, and everybody races to make judgment and those things based on, you know, 10 seconds or 5 seconds of clip, or one person’s perspective. And I think that the only way to solve that is to let the courts work through that. I know that when road rage happens to you and you’re in that situation, you want as much judgment passed on them as they possibly can. But I think that, you know, cooler heads prevail, and I don’t know exactly what the right call is for what is too much and what is not enough, but I guess that’s what the courts are for.

From a trucker’s perspective, what do you think one thing is that drivers wish pedestrians knew about their rigs and the way that they drive?

“Well, number one, be aware that we’re out there. Sometimes we see pedestrians and even to pedestrians to think of foot traffic and bicyclists, and I feel like they think that we may not even be around. You have people walking around on their phones, texting and looking down, not even looking up, or they’re even walking with headphones or ear buds in their ear listening to music. So, one, just be aware that we exist and we’re out there, and that they’re moving around in an environment that bad things can happen. On a more of a mechanical side or physics side is that, yes, big trucks do not stop like a car, so they need to look a little bit further and have a much larger gap if they’re, say, crossing the street. Give wider space for us. I mean, just walking on a sidewalk, I mean, nobody wants to get sprayed with a bunch of water, but when 80,000 pounds goes through a mud puddle, its going to throw it a little further than a car might. So, be aware of those things and, you know, if you’re walking on a rainy day like today, you may want take the outside edge of the sidewalk, not the inside edge, and just step back from the curb. I mean, a lot of times you see pedestrians run across the street. Man, they have their toe maybe an inch off the street, and the truck’s going to need almost every inch of that to make the corner, so if they could just simply step back. They don’t need to be right on the road to wait to cross the cross the street. I mean, a couple of feet should do it. So, one, just be aware and that, yes, we don’t stop as much, we take wide turns, we don’t take off as fast as a car, so you have to be patient with us and we’ll try to be patient with them as well.”

Do you notice a time of year or week or day when road rage is worse than other days?

“Yeah, I would say that road rage has no time, no date or time to it. I think that road rage comes out of our hurriedness. We are a very fast-paced society. We are always doing more things than we probably budget time to do, and I think that hurriedness and the itch to get more and more done in a day causes us sometimes to be behind schedule. And when we’re in a hurry, we tend to make poor decisions, both as drivers and truck drivers, and those things cause frustration for others, and maybe even for ourselves, and I think out of that frustration, that’s where it leads to even more mistakes and leads to rage. So, I think if we just step back and breathe a little bit and take our time a little bit more, plan all of our activities out, I think that that gives people a chance to just pace themselves at a pace that it happens a little easier. I think that keeps us out of trouble.”

More of a reader? No problem.  You can click here for the transcript.